NAPLAN Online 2018 and the future 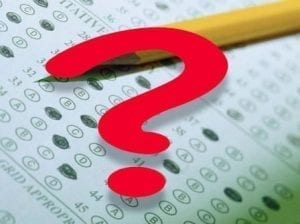 We are approaching the time when the 2018 NAPLAN Online testing will be implemented. Thousands of students from the states and territories will be participating in a test which will measure student ability in: conventions of language, numeracy and reading. They will use a point-and-click interface to do so, which sounds simple enough that the transition should be easy and practically seamless.

Ignoring the fact that not every student has a standardised level of access to digital devices and has the same opportunity to learn these ‘basic’ skills, there is something missing from that list. The missing element is writing.

Unlike the other elements of the testing, the writing test is highly dependent on the ability to type. While there have been conflicting claims over how important touch-typing is to performance under testing, actions tend to speak louder than words and it is telling that Year 3 are excluded this year from online testing for the writing component and will complete that section using pen and paper.

The simple truth is that touch-typing is going to be a major factor in successful performance in the writing module. A student who is two-finger typing at a generous estimate of 5-7 wpm (words per minute) is severely disadvantaged compared to a student who can manage a smooth 20-30 wpm. This is particularly true of a test that explicitly measures creative ability while implicitly checking language competence. It is hard enough for a student to compose a short story within the forty minutes they are allocated, let alone having to stop and think mid-sentence about where to find keys, a task that should be as much muscle memory as pen and paper. Expecting a similar result to the old format is a misguided hope at best.

After this year the vast majority of schools are expected to move to the online format for testing and it is doubtful it will be restricted to NAPLAN. Western Australia already has OLNA in place for literacy/numeracy assessment in an Online format. It has a 20 minute writing section where students are to write up to 600 words where it is advised that 3 minutes are taken for planning and 3 for editing at the end, leaving a mere 14 minutes of writing time. A good thing they don’t have to reach the maximum of 600 words or they’d have to be producing over 42 wpm, but even at a lower output, it still requires a decent touch-typing ability.

Finland, the gold standard for education, as well as New Zealand are already pushing to have high-stakes testing in an online format by 2020. In the United States of America they are also transitioning their ACT and SAT testing for college entry to an online format. In Australia the SACE (South Australian Certificate of Education) is already moving its Stage 2 English Literary Studies examination to an electronic format this year and looking to progressively move other subjects onto the online format from 2019 onward. Other states and territories will inevitably follow.

The students who are still two-finger typing are not going to be well prepared when this happens. Schools with foresight are already seeking solutions now, knowing that acting today means that their students won’t be disadvantaged tomorrow.