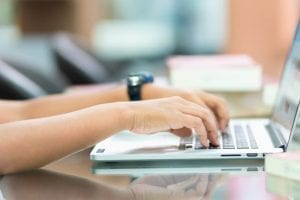 New research has shown that Year 5 students who have learned to type with the leading touch-typing tutor, Typing Tournament Online have a clear advantage going into their NAPLAN Writing Task at Year 5 and above.

Target Typing Tournament Online Schools were identified where classes including Year 5 students were observed to use the website consistently, and where these classes regularly achieve class average test typing speeds indicating functional typing fluency at or above 18 words per minute (wpm).  Class aggregate values were available for typing speed, accuracy and volume of work.

Results for the 2019 Year 5 NAPLAN Online Writing Task were obtained from the MySchool website – each school’s own result for the NAPLAN Online Writing Task as well as the corresponding “Similar Schools” average result for the NAPLAN Online Writing Task. The Similar Schools result is part of the NAPLAN statistical system and for each school it accounts for various measures of socio-economic advantage, school sector, size and remoteness. Compared to the All Schools average, it provides a more nuanced benchmark for the performance of each school. Only schools completing the NAPLAN test online were included. Many small schools that were users of Typing Tournament Online were also excluded at this stage when there were insufficient participants for a school NAPLAN result to be published.  The final research sample formed a pool of 99 schools.

The pool of 99 schools comprised 78 primary schools with an approximate population of 29,500 students (average school size 378, range 26 to 1,096) and 21 primary-secondary schools with approximately 14,500 students (average school size 690, range 155 to 2,160).  These numbers indicate a total Year 5 cohort of around 5,350 students.  Forty-two of the schools were government schools (population 18,000) and the balance of schools were non-government.  One non-government primary school and one non-government primary-secondary school were all-girl schools.  The 99 schools were drawn from NSW (51), Qld (15), Victoria (11), South Australia (7), Western Australia (7), Tasmania (4), Northern Territory (2) and Australian Capital Territory (2).  Schools were classified as Metropolitan (65 schools), Inner Regional (20), Outer Regional (12) and Remote (2).  For Year 5 students in the sample, metropolitan students were over-represented (78% of sample v 69% of national), and Outer Regional, Remote and Very Remote were under-represented (4.5% sample v 11% national), compared to Australia’s school-aged population residing in these zones.  Average school size declined with remoteness, with an average size of 534 for metro schools (range 68 to 2160) and 273 (range 26 to 732) for non-metro.

Within our sample of 99 schools for Year 5 results, “Similar School” averages ranged from 430 to 568 (spread 138), with a mean of 485.0 and with 66 schools being above the national average of 474.1 (standard deviation = 64.5).  This level of average advantage (mean = +10.9) was significant (p=0.00001), indicating that the sample was not a random representation of Australian schools – specifically that the lower geo-ethno-socio-economic strata were under-represented.  Nonetheless, the sample does usefully cover a considerable socio-economic range.

In our sample data pool of 99 schools, non-government schools performed better on average for the NAPLAN Online Year 5 Writing Task (“Similar School” average 489.3) than government schools (479.3).  ACARA do not publish these comparisons, but an effect of this magnitude could plausibly arise from the published differences due to parental education and occupation.

For our sample data, school size showed a moderate linear correlation to “Similar School” rating, with the regression (statistical relationship) indicating each extra 42 students lift the rating by one mark on average (partly confounded with zone).  Pooling the two strongest indicators of advantage, the 36 metropolitan non-government schools had a “Similar Schools” average of 499.1 marks (+25.1), compared to the 13 non-metro government schools at 459.7 marks (-14.3), revealing a spread of 39.4 marks.

Comparing each school’s result to their own “Similar School” average for the Year 5 Writing Task, 69 schools were at or above this benchmark, and the average margin across all 99 schools was +7.1 marks (Figure 1), a statistically significant margin (p=0.000002).  In other words, the chance of a difference of this magnitude occurring in a random sample is vanishingly small.

As shown in Figure 2, the average benefit for Typing Tournament Online Schools was consistent across the socio-economic range, and also between government (average +6.95 marks) and non-government schools (average +7.23 marks).   Similarly, Metropolitan schools (average +6.52) and non-Metro (average +8.24) showed little difference compared to their “Similar School” average, and this extended to a two-way classification of sector and zone.   School size had no clear effect on performance compared to the Similar Schools average.  Differences between States were difficult to reliably assess due to small sample sizes. 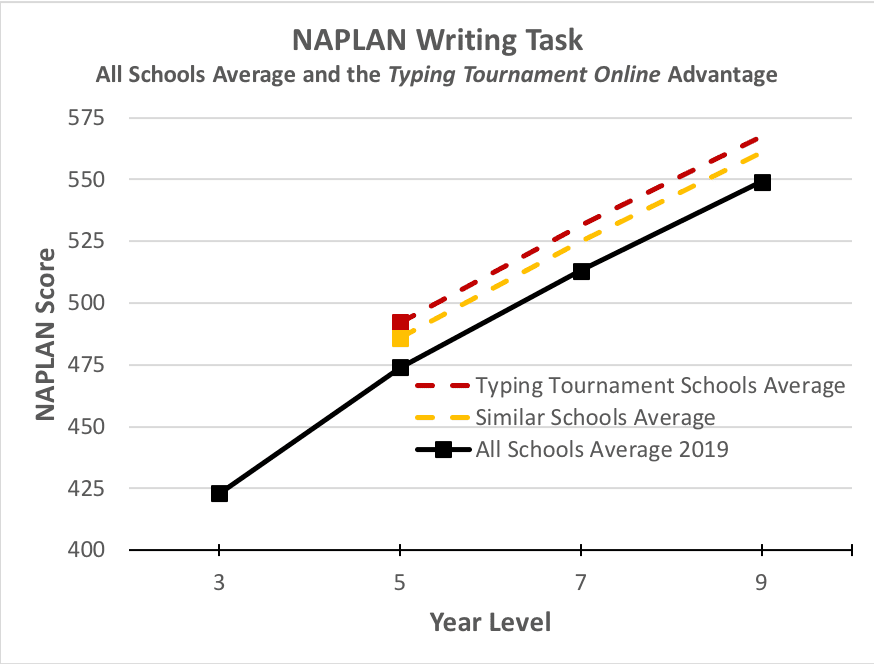 Figure 1:  The average advantage gained by Typing Tournament schools in the context of typical progression of students across the NAPLAN years, projecting similar benefits to Year 7 and Year 9 tests. 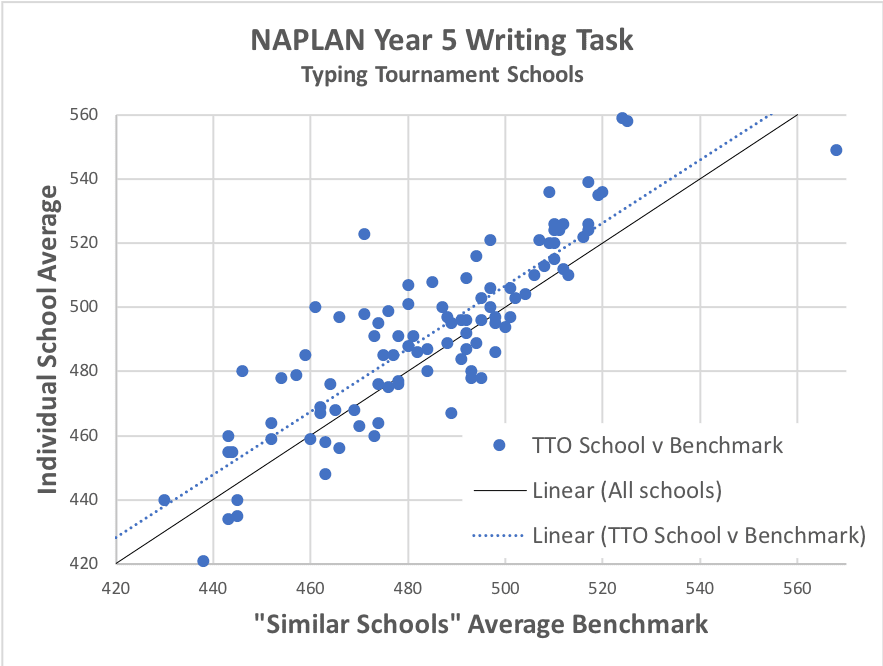 Figure 2:  The linear relationship between NAPLAN scores for 99 Typing Tournament schools and their “Similar Schools” benchmark (blue dotted line) with the solid line showing the expected (1:1) link.  The Typing Tournament benefit is consistent over the socio-economic range.

Looking within the group of schools studied, differences between schools in volume of typing output, realised speed and typing accuracy did not correlate to any further increase in the NAPLAN Year 5 Writing Task score.  That is to say, schools exceeding the threshold values for selection did not show any additional advantage at NAPLAN by showing greater effort or attainment in touch typing.

A clear benefit was shown to exist for students at the Year 5 NAPLAN Writing Task who have developed their keyboard skills and confidence to the point of fluency using Typing Tournament Online.  The advantage was statistically robust with the benefit of around 7 marks which within the context of the average yearly progression in the NAPLAN Writing Task scores for Similar Schools is the equivalent of learning realised over 1.1 to 1.6 school terms of the NAPLAN years (i.e. Years 3-9).  This benefit was demonstrated across a substantial sample of schools and students, and was remarkably consistent across the socio-economic range and for each of the key indicators of school sector, population zone, school size and state/territory.

One may conclude that the benefits of keyboard skills are felt consistently across a very wide range of background variables.  From the reverse perspective, the NAPLAN determination of the “Similar School” average effectively accounts for covariates and provides a useful benchmark.

High typing speeds are not necessarily the dominant aim in primary school.  Handwriting in primary children is estimated to average 10-13 words per minute, with few achieving 20 wpm.  So, a typing speed test ability of 18-20 wpm would translate to matching or exceeding handwriting speed in most practical circumstances.  Earlier research has shown that weekly use of Typing Tournament Online increases average typing speeds by 6 words per minute (wpm) over a school term, meaning that speeds of 18-20 wpm are a realistic target for middle primary students.

Working with our own Typing Tournament class-level statistics and NAPLAN results only at the level of a school Year 5 cohort is a limitation but the benefits of keyboard fluency have still clearly emerged.  If individual student data could be used, then it is likely that even clearer conclusions would result.

Beyond basic competence, no individual component of keyboarding can be singled out as a cause of further success at the NAPLAN Writing Task – speed and accuracy are both important to successful typing, but fluent typing and keyboard confidence may ultimately be more important than higher levels of speed and accuracy. A student who can concentrate on the composition of sentences and paragraphs while keyboarding with a level of automaticity has the freedom to write with confidence and to express themselves with flair.

The NAPLAN Writing Task aims to incorporate many aspects of literacy.  Keyboard skills are a component of literacy and there is no surprise that there is a quantifiable link between the attainment of fluent typing skills and an increase in the NAPLAN Year 5 Writing Task results.  We also expect that keyboard fluency would provide equal or greater benefit at Year 7 and Year 9 NAPLAN.

The ACARA position regarding NAPLAN Online and typing

A recent review of NAPLAN (NAPLAN Review Final Report 2020 – p84) has reaffirmed the transition to the online format for the Writing task at Year 5 and above.  From the beginning of this transition the administrator of NAPLAN testing, ACARA, has stated its intention that the NAPLAN Writing Task would assess students’ ability in composition independently of their keyboard and/or handwriting ability.

While the logical limits of this intent have been acknowledged, it is also clear that in the real world of student testing, these distinctions are difficult to maintain, resulting in the 7-point (1.1 to 1.6 school terms of academic progress as measured by the NAPLAN Writing Task).

advantage documented here.  However, it is also true that student keyboard skills would likely have far greater impact on results without this neutralisation strategy implemented by ACARA.  In most other circumstances throughout schooling and beyond, improvements in typing speed do have clear benefits. 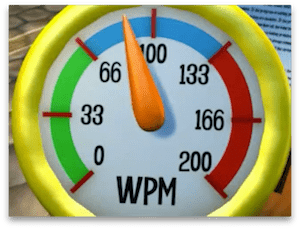 The imperative for good typing skills

Indeed, keyboard skills are an attribute for life extending far beyond the demonstrated benefits for NAPLAN. Touch typing ability can make a very substantial contribution to a successful career in upper primary and secondary school. While the suggestion of conducting senior school exams online varies widely in conviction from state to state, and may seem to be a long time in the future, it is highly likely that many of today’s primary students will confront that reality. Touch typing also leads to greater productivity in higher education, and across a large and increasing proportion of vocations. In all of these spheres, superior speed and accuracy will yield even greater rewards. The growing imperative for good typing skills is inescapable.

Despite its NAPLAN marking policy to limit the impact of typing ability, ACARA has nonetheless recognised the importance of keyboard skills in the syllabus and has increased the emphasis in its curriculum documents (ACARA Literacy Progressions HwK1 – HwK8) since 2018 when automaticity became a stated objective.  That is to say, students should reach a level of fluency that facilitates composition.  From our observation in our day-to-day dealing with schools it would be fair to say that in a sizable number of schools this push has had limited penetration into classroom practice, and it appears many schools and teachers continue with a view that instruction in keyboard skills is optional.  One possible reason for teachers’ reluctance in this area is evident in the findings of the Australian Writing Survey (Australian Writing Survey p7) which found that a majority of teachers feel poorly equipped to teach typing.

Typing Tournament Online is getting results

Typing Tournament has been proven to be the perfect tool to fill the gap between the requirement for the teaching of touch-typing skills and the lack of preparedness for the task in the teaching profession. Earlier research has shown that weekly use of Typing Tournament Online increases average typing speeds by 6 words per minute (wpm) over a school term many classes regularly achieving typing speeds of over 45 WPM.

Typing Tournament Online teaches full-keyboard touch typing and has a wide range of exercises, activities and games to build speed and accuracy. Typing Tournament Online is one of the online learning websites in the suite published by EdAlive. The pricing structure brings sophisticated instruction in touch typing within the financial reach of every school in Australia, and also to home users.